So much time has passed and so much has happened since I last blogged. It’s about time I began again and wrote regularly.

I’d forgotten how therapeutic writing is for me. As a child I began writing a diary every night. Pouring my thoughts and feelings onto the page really helped me process the day’s events, make sense of my fears, express my true self without any judgment. It carried on being helpful throughout the rest of my life, but after having children, I barely had the time or energy. Now, things have happened to make me realise I need to journal again and I’m finding it such a relief to be writing, especially as it’s also helping the creative juices get flowing again and sparking ideas for other writing projects, too.

But I’m limited, at the moment, as to where to share these blogs as *fanfare* I came off Facebook last month (January 2017). 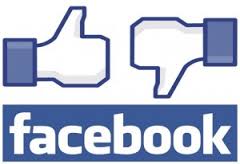 It was a tricky decision as I enjoyed spending time on it. But that was one of the problems, too much time disappeared scrolling through posts from people I’d never met but shared opinions with. Sometimes it was fun, seeing what friends and family were up to, and I made many new mates through it who I went on to hang out with in person, at protests mostly. Sometimes it was a laugh, even enlightening, depending on who had been sharing independent media and thought-provoking blogs, vlogs or graphics. But often it was banal, repetitive and as depressing as the mainstream media I stopped tuning into years ago. But then, that’s the state of the world now anyway, and Facebook reflected that just like any other media, despite pretending to be more personal and fun.

I first signed up in 2008, to share a friend’s local campaign to stop a chicken farm being in the field behind her house. It worked. Instantly, scrolling through my news feed was an addiction I had to fulfil many times a day. Ironically, when I got too campaign-y with all the anti-fracking, anti-austerity, anti-war stuff I shared, that same friend I’d joined for unfollowed me, said it was too much campaigning. Ouch. (We’re still friends in the real world though. The rejection hurt, but we still love each other. And you can’t let the virtual world become real, can you?). 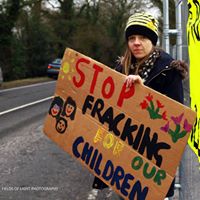 For me, the best thing about Facebook is the campaigning. I loved connecting with other like-minded anti-establishment anarchists who want a better, fairer world, sharing and signing petitions that did make a difference, and arranging marches and events to raise awareness and protest about the injustices going on, every single day: epic, unifying, inspiring times. To know you are definitely not alone in fighting the government was invaluable, essential to be able to cope with the vile stuff it’s still doing in our name.

Of course, the flip side is that Facebook handily has all the names and details of everyone against the State, which with the way the world is heading right now could be very dangerous in the wrong hands, with the wrong leaders. Oh. Wait. Genuine concerns over privacy issues are shared in this article that spurred me on to quit. I have no doubt that Facebook is monitored, data collected on domestic extremists and so on. I definitely had my sharing ‘turned down’ if, say, Palestine or paedophiles in the establishment were mentioned, others I know were banned for sharing a photo of a women breastfeeding her baby, while sexualised breasts where okay.

Something never felt quite right with it. And when that echo-chamber really kicked in and I only saw other campaigners posts, saying the same thing as me, and nothing from old mates, the annoying algorhythms deciding for you what you want to see more of, I found it got a bit dull and depressing. There’s nothing like doing real stuff with real friends.

So I downloaded all my photos and fully deleted my account. It wasn’t the easiest thing to do, Facebook really don’t want you to leave. You have a 14-day cooling off period to not sign in otherwise you have to start the process again. But I had the willpower, I already felt liberated from simplifying my life, ditching yet another thing I didn’t need (the first was my ex, but that’s another story). 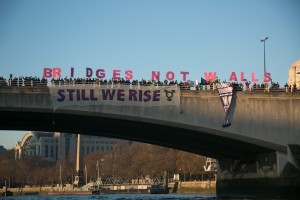 I got a bit twitchy when it was Trump’s inauguration. With loads of ‘Bridges Not Walls‘ banners being dropped and a massive worldwide women’s marches all around the world, sharing the love, the anti-thesis of Trump’s hate, the following day, I badly wanted to share more and chat about how amazing it was. But I didn’t cave. I didn’t want to get whipped up in all the Trump-hating, doom-mongering and waste more time sharing things people should know by now anyway, that there is another side to the world right now, one that cares and wants real change.

So, determined to live without Facebook, despite missing it a lot initially, I was more irritated than worried when someone signed in to my account from an unknown location. WTF? I got a security text. So I had to log in, conform it wasn’t me logging in (was it GCHQ or my evil ex?), re-activate the deletion process, and come out again. Glimpsing it one last time, I’d already got over not being on it. It didn’t even pull me in briefly.

Overall, it brought up more bad feelings than good, jealousy, anxiety, fear. Despite the liking and sharing, it doesn’t care. I’m happier not going on it anymore, and doing other things instead. Other social media sites could easily take over with better privacy and actual scruples, such as MeWe.com, which I’ve joined to share this blog. But I don’t think I’ll use social media as much as I did. There’s a real world out there waiting to be enjoyed – even if Trump is President.

See my next blog soon: How to stay sane in an insane world.