STOP Everything needs to change 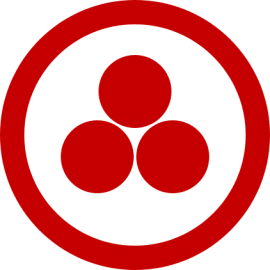 How has the last year or so been for you? For the world at large?

For me personally, my mum died, really suddenly this summer, of a brain haemorrhage. Globally, we’re on the brink of a big and scary war again, that nobody sane wants. It’s only the nutty, greedy, immoral, money-grabbing dinosaurs clinging on to the old ways… for what?

But, finally, the peace factions are uniting – from online campaigns and Unity meditations, to others teaching thousands around the world to meditate – Deepak and Oprah – and now Deva Primal chanting for 21 Days for us all to join in with. More lights are shining, sharing their deep and powerful medicine, and creating a force to be reckoned with. No, not reckoned with, joined in with.

It’s love, and peace, man. For real, this time. The children of the hippies mean business. And with urgency. Isn’t it time?

Put your hand up if you’re a flower carrying, meditating, peace-craving hippy, like me? I even wear flared jeans sometimes (shock, horror, ‘we must all wear skinny jeans all the time!’ gasp millions).

These last couple of years, I’ve joined in a few things that meant a lot to me and have transformed the way I see the world, and helped me move towards the world I want to see.

Spring 2012, there was a massive flashmob meditations in Trafalgar Square, one with the incredibly wonderful Thich Naht Hanh, after that I felt absolute bliss. Last September I went to a flashmob, peace gathering to sing Imagine by John Lennon (he’s never far away, I feel, influencing, inspiring from the other side maybe? https://soundcloud.com/yokoono/john-lennon-imagine ) It wasn’t massive, but felt deep, the start of something beautiful.

The ‘end of the calendar’ day was interesting. So many different beliefs about what would happen, what people wanted to happen, what I feel happened (is another blog entirely, I’ll go back to that). It was subtle, but still perceptible. Peace. Connection. There was a worldwide connection – of people to the Mayan calendar (more about this in future blogs), to the winter solstice, to each other – through meditation globally, to a massive webinar The Shift with the likes of Barbara Marx-Hubbard, and others in different countries conjuring up more peace and love, beginning the peace process in many.

And from then on, we’ve had protests and uprising of people wanting a better world. In Turkey, Madrid, South America, Many being crushed, hosed and arrested.

Romania this last week – check this out: http://roarmag.org/2013/09/one-week-of-protests-whats-going-on-in-romania/ then http://www.theguardian.com/environment/2013/sep/10/romania-reject-gold-mine-protest

The people keep coming up with creative protests

At home, this summer, I went to the Battle of Balcombe on Solidary Sunday, where at least 1000 people marched, chanted and sang for a better world (more about this in another blog, too). It was an incredible feeling (like I felt in the big Anti-Iraq War March in 2003) being united with others wanting a better world, fairer, without war and poverty and pollution. The planet needs it to heal. We need it for our souls to feel cleansed.

Is that too much to ask our corrupt, destructive governments? Whether it’s water pollution or war, the people are standing up to say STOP. Everything needs to change.

Which is what those protesting/protecting do when they’re not heard, in fact, long before they even need to protest, they are doing things differently anyway. Creating communities that care, daring to pull away from the mainstream consumption, degradation and negativity, spreading a more positive message.

The power of the people, united, will never be defeated. Gather one and all, in mind, in body, in spirit! Let’s get this show on the road!

11/09/2013By Emily AndersonEmily's Insights
changeprotest
FacebookshareTwittertweetGoogle+sharePinterestpin it
Looking back over the last yearNew Year, New Calendar?