Look to the skies! Nature’s own firework show coming this weekend. 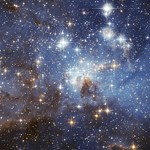 If you happen to be up early enough, in the darkest couple of hours before dawn this Sunday 21st October, put on a warm coat, grab a blanket, get outside and look to the skies.

The 2012 Orionid meteor shower is at its peak this weekend, with meteors streaking all over the sky, coming from a radiant point in the constellation of Orion the Hunter.

Stargazing is one of life’s free, simple, yet most profound pleasures. Maeve Haran agrees in her book Small Pleasures to Save Your Life :

‘There’s something about the grandeur of the night sky and the infinity of the stars that makes you feel both peaceful and full of wonder… Even if you can’t tell your Orion from your Ursa Major, the sheer enormity and brightness of the sky will make you feel that the universe is a pretty amazing place,’ she says.

Spending time staring at the stars is deeply meditative. It definitely makes you appreciate and connect to the wonder of life and the incredible cosmos, of which we are all part. It’s an ancient practice that our ancestors, sitting around their fires, would have done every night, often looking for meaning in the movement of the planets and constellations, seeing the cycles and patterns of movement in the skies.

Today, we have two very different camps of stargazers. There are astronomers, who see the universe from a purely scientific, analytical perspective, and who are generally very skeptical of the ideas and theories of the other camp: anyone interested in astrology.

According to astrology, our emotions, relationships and reactions to life events, and even the life events themselves, can be put down to the positions of the planets and the movement of the stars. It’s a possibility worth exploring, surely.

The Moon influences all the water on the planet, and we’re over 70% water so equally influenced by the phases of the moon. So why shouldn’t the movement of massive planets Jupiter, Saturn, Mars, and so on, also have an effect on life on planet Earth.

Astrology is not just about the 12 tiny forecasts in the newspapers and magazines – it’s also a much bigger area of study and research into what happens culturally, in society, when stars and big planets move into different areas of our sky. Check out the work of Lyn Birkbeck www.lynbirkbeck.com or Robert Hand on www.aquariuspapers.com

Our ancient ancestors knew about the influence of the planets and the stars, and were able to accurately predict big changes coming their way.  It’s what the Mayan calendar end date in December 2012 is all about, an alignment of various planets indicating big changes that these ancient people could foresee coming to mankind, right now.

It’s time to trust in the magic of life – and what better way to feel that awe-inspiring wonder of nature and the universe, than stargazing for half an hour this weekend.

What are your thoughts on astrology versus astronomy? Is it about time astrology was taken as seriously as astronomy?

19/10/2012By Emily AndersonPrevious Work
FacebookshareTwittertweetGoogle+sharePinterestpin it
Experience the positive power of the mind, unified and amplified.Ten keys to happier living – from Action For Happiness

Experience the positive power of the mind, unified and amplified.
19/12/2012